It is remarkable that one of Europe’s poorest nations for the major part of this century has produced several of the greatest artists of our time. Pablo Picasso and Salvador Dali and giants in the field of modern painting. Anyone who visits Barcelona and marvels at the extraordinary architecture by Antonio Gaudi knows it is the creation of a master. Even those prolific American writers, Hemingway and Michener, used Spain as a springboard to international acclaim.

At the time all of the aforementioned were forging their careers, another Spainard was achieving outstanding success as an aviator, engineer, industrialist, publisher and photographer. The late Jose Ortiz-Echague, Hon. FPSA, Hon. FRPS, was born in Guadalajara in 1886, but grew up in Logrono, where he acquired a simple camera at age twelve. This marked the beginning of a photographic career that would last for almost three quarters of a century – an artistic endeavor that would be reconciled to a spare time avocation while Sr. Ortiz-Echague served in the Spanish army as a balloonist, became the third person in his country to be issued a pilot’s license (1911), and eventually founded Construcciones Aeronauticas, S.A. (CASA) in 1923, and Sociedad Espaola de Automoviles de Turismo (SEAT) in 1950. During Ortiz-Echague’s tenure as president of these companies, they sub-contracted to most of the major aircraft manufacturers and produced all the automobiles of Spanish origin. He retired in 1970.

Despite his tremendous responsibilities as an industrialist, and involvement with the military in North Africa and during the Spanish civil war, Jose Ortiz-Echague was able to record thousands of images in Spain and North Africa. All the more remarkable is the printing process he used, a method requiring him to manufacture his own material. As a photographer in the Spanish military, conventional photographic processes prevailed, but the work that brought Ortiz-Echague fame employed the Fresson, or direct carbon method. His name for it was “Carbondir.” The name Fresson comes from a small firm in Paris which produced special photographic paper before and after the turn of the century. This paper was coated with gelatin and water-color pigment. When ready to use it, the photographer sensitized the paper in a mild solution of potassium bichromate. This material, after exposure, is developed by cascading a slurry of fine sawdust and water on it to wash away those areas softened by exposure. (For those interested in the process, an article in American Annual of Photography, 1929, describes it in detail. Perhaps you can find it in your local or state library).

When Fresson went out of business, Ortiz-Echague bought their machinery and thereafter produced his own paper. His processes involved projecting his original negatives to make a paper positive, contacting the positive to make a paper negative, and, using appropriate handwork on either interpositive or internegative, producing the final product from the paper negative. Although these papers could be coated in any one of several colors, Ortiz-Echague used only black. the prints have a texture unlike any other, beautiful gradation, and exceptional archival quality. Now that Jose Ortiz-Echague has passed away, his pictures are rare and irreplaceable treasures.

Fortunately, most of his work has been preserved. The majority is at the University of Pamplona, and there is a collection in the Metropolitan Museum of Art (New York) which showed a major exhibition in 1960. Other museums in Europe and the United States have his work, and several individuals in Louisiana and Texas have one or more prints. With a recent acquisition from the estate of the late Thor Henrickson, PSA has to the best of my knowledge, the largest collection of Ortiz-Echague prints outside of Spain. We have a total of 20 pieces.

It is an interesting story how Thor Henrickson, and later I, became associated with Jose Ortiz-Echague. Thor, a long-time PSA member and excellent photographer, lived in New Orleans and travelled widely in Central and South America as a representative of United Fruit Co. This work required a fluency in Spanish. During these travels there were occasions when Thor might visit a camera club in a Latin American city. It was on one of these occasions many years ago, at a time when film was extremely difficult to obtain in Spain, Thor learned of an offer by Jose Ortiz-Echague to exchange some of his work for film. Then began a correspondence and exchange of materials that brought a number of these priceless photographs to New Orleans.

When I was planning my first tour to Spain in 1971, Thor arranged for all PSA members travelling photography tips for beginners iphone with me to visit with Ortiz-Echague photography tips for bloggers and his wife, Carmen. At this time we were shown many of the famous photographs and given a demonstration of the Carbondir process. Thor was also instrumental in arranging the purchase of a number of works, which explains their presence in Louisiana and Texas. Needless to say, they are now worth many times over what we paid 18 years ago.

When I returned to Madrid in 1978, I photography tips.com was able to visit Jose and Carmen once again. Both were then at an advanced age, he 92 with failing eyesight, she a few years younger. During this visit we were so graciously received, I will remember and treasure it forever. Carmen presented my wife, Lottie, with a small water bottle from her collection and Jose gave to me a signed Carbondir print dating from 1912. (The photograph, Fantasia, accompanies this article). It was during this visit that I made the last photograph of Jose and Carmen together. Both passed away during the latter part of 1980. I was priviledged to visit their daughter, Teresa, when I returned to Madrid in 1984 and present the picture to her.

Thor Henrickson passed away in early 1983 following a long illness. His wife, Cornelia, followed in death in 1987. Most of their Ortiz-Echague prints remained in the possession of long-time PSA worker, Edith Garfunkel, for safekeeping. With the cooperation of Edith and Carole Troutman, Thor’s niece and heir, a magnificient collection of 13 pieces was donated to PSA’s Permanent Collection in 1988. 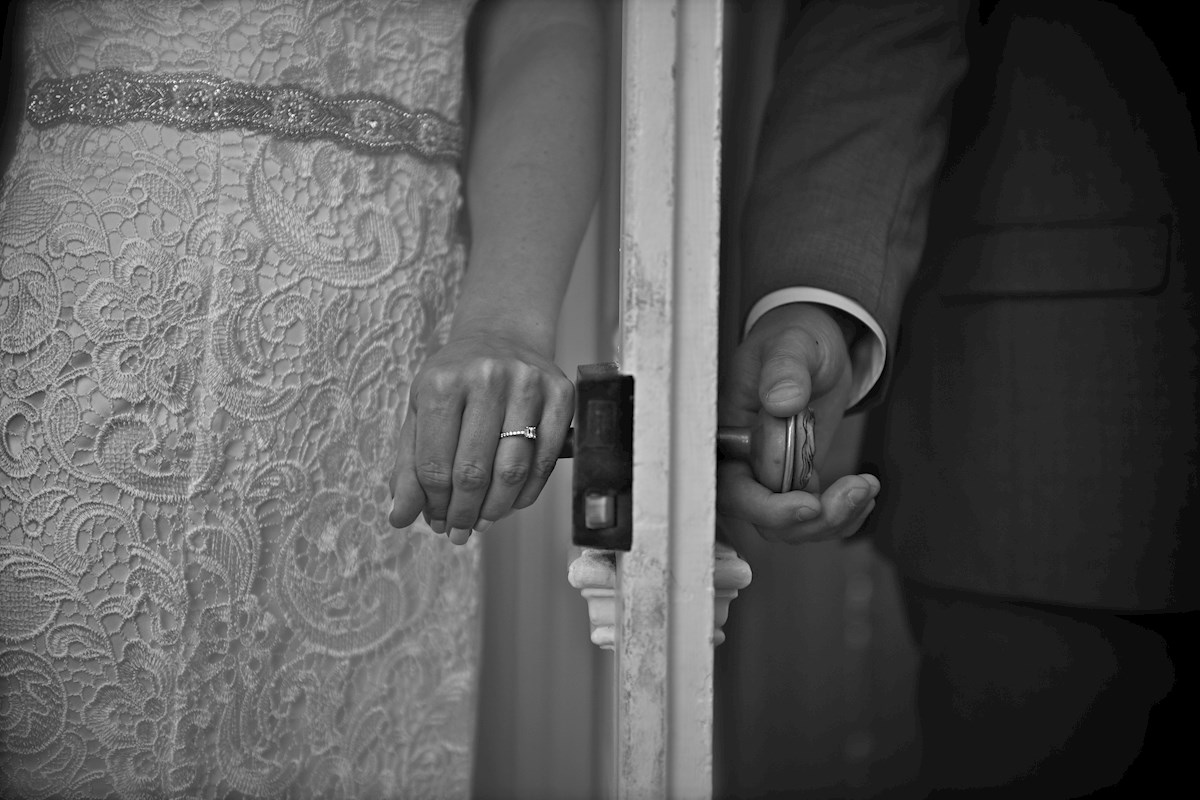 Jose Ortiz-Echague received honors recognizing his photographic achievements. Honorary Fellowships in PSA and The Royal Photographic Society are only two among many. Exhibitions of his work have graced the walls of major museums throughout the world: Washington, Boston, London, Dublin, Moscow, Vienna, Turin, and Madrid. Of special significance were a show of 100 pieces for the Royal Photographic Society in 1935, a 50 piece exhibition in the Smithsonian in 1952, and 80 pieces at the PSA International Convention in 1959.

Ortiz-Echague published four large books illustrated with his work. Espana – Pueblos y Paisajes is a volume devoted to cities and villages; Espana – Tipos y Trajes pictures every category of Spanish people: Espana – Castillos y Alcazares showcases hundreds of castles and palaces; and Espana Mistica is a comprehensive insight into Spanish religious life. Thirteen hundred of the great photographer’s pictures are reproduced in these books. During the early 1970’s, a flood invaded the warehouse where they were kept and all that had not been sold were ruined. The books are now prized as collector’s items by those of us fortunate enough to have a set. The PSA headquarters library has two volumes and promise of others.

Although Ortiz-Echague has often been mentioned as a Pictorialist, he did not wish that title to be applied because, in his opinion, much of the “pictorialim” he encountered was contrived. He considered himself a purist and presented his subjects in an honest and straightforward manner, although his work was embellished in appearance by paper negative handwork. This attitude may have been a response to the acclaim accorded composite photographs such as those by the great English photographer, Henry Peach Robinson.

Recently, when Jim Spurlock, APSA, and I were viewing the paintings by Georgia O’Keefe, in Dallas Museum of Fine Arts, Jim remarked that he felt as if in “the presence of greatness.” I can say with total certainty that I was in such presence during my visits with Jose Ortiz-Echague, Hon. FPSA, Hon. FRPS.