The work exhibited at the first Red Mare exhibition is diverse by design. One of the artists’ primary aims is to show whilst there are common factors that affect women artists, the art women produce is never recognisably ‘female’.

Joanna Greenhill’s work makes use of this dialectic between what has traditionally been seen as opposing masculine and feminine properties by mixing the strong and the weak, the passive and the active. She works from the floor, utilising its strength and support, harnessing its potential energy. Greenhill heaps small, spherical vessels onto the floor. Some are formed in clay; delicate and thin. Others are beaten from lead, their fragility revealing the history of their treatment. Water is trapped in the bottom of these bowls investing the fluid with a stillness. As the story of the work unfolds the viewer eventually becomes aware of the positioning of the objects, for they are placed symmetrically. The darkness of the lead regularly punctuates the clay’s lighter hue. Greenhill’s work alludes to the natural environment, to organic patterns and the earth’s elements. 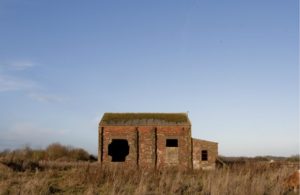 Anna Nowasielska is also sensitive to the materials she uses. However her work takes more reference from human instincts to make barriers and create structures than from natural surroundings. In her piece Maze plywood strips are placed concentrically so as to form the puzzle of the title. Soft white folds of cotton are sandwiched between the hard wood creating a contrast of texture. Perhaps because of the blanched quality of the piece it functions like an architectural model, disrupting the sense of scale. One can see it as a fantastic palace, a mighty ziggurat or even literally as a vast maze where the viewer might be transported to wander the echoing corridors.

Sheila Trow’s work avoids such fantasy lands. Trow states she “seeks something new from the people, places and objects familiar to me”. She uses photography, the medium that “never lies” to make the most intimate statements about herself and her relationship with her family. Hers is a knowing use of the camera. She often hints at past genres, and, like Susan Hiller is able to manipulate the form of photography most used in our society; the passport photo. In the series Relative Not Absolute (1987/8) she can be seen exploring notions of self by projecting a recent self-portrait onto a photograph of herself as a young child. By transposing these two realities into the same time span she opens up many questions of continuity of self. When she adopts this method to juxtapose images of her mother and herself at the same age she seems to voice a deep female anxiety; the inescapable fate of following one’s first role model through life.

Trow’s piece on her grandmother is one of her most moving. The first image of a strong, round, middle aged woman larking on the beach is set against a severe portrait of the woman today. She is clear-eyed, looking straight at the viewer almost defying us to make the comparisons so inevitably set up for us. 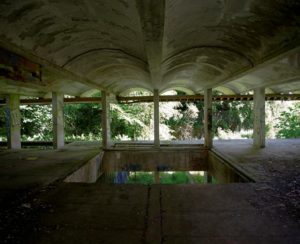 Suzanne Montgomery’s large paintings of figures in landscape display a kind of nervous tension. The psychological drama of the figuers is well expressed in the tenuous mark making of the drawings. Tara Sabharwal concentrates on small ephemeral water colours which belie their medium to depict gruesome, fantastic happenings. Marcia Ley and Annette Chevallier, founder members of the group, exhibit prints and paintings; vibrant works that create form by their use of colour. Karne Rann’s, suspended paper installations, fill the space with light and air. One disappointment was the work on display from Sam Ainsley. Having seen Ainsley’s huge, startling hangings at the Scottish Museum of Modern Art (“The Vigorous Imagination” 1987) it was disappointing to see her represented by a relatively small work from 1986.

Feminist politics are the foundation of this group and exhibition and as such do not need to be its immediate content. An important aspect of this exhibition has been the number of workshops and discussions held by the group during the show, thus engaging in a continuous dialogue of questioning and educating. How ever the most exciting element is that these successful artists are not distancing themselves from Feminism but are using it to understand their own positions and thus ensuring strength for the future.